Overcoming the ‘Valley of Death’ 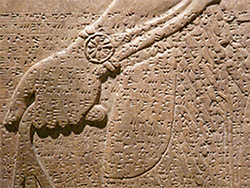 Some 5,000 years ago when the people of ancient Mesopotamia discovered that smelting tin and copper could produce a material better than either alone, it was the start of a new historical era

Metals too soft for any practical purpose could now be transformed into a material both malleable when hot and hard when cooled. Animal bones and chipped flint were quickly replaced by new tools and weapons, and the Bronze Age was born.

It’s a discovery that Easan Sivaniah, the researcher at Kyoto University’s Institute for Integrated Cell-Material Sciences (ICEMS) cannot help but mention when he discusses his work in the carbon capture and storage (CCS) field.

Using nano-sized additives – pioneered by Japanese scientist Susumu Kitagawa – and a polymer called PIM-1, Sivaniah’s research team has developed new ‘super filters’ which he claims could make CCS more affordable and more selective than ever before.

“Like the Mesopotamians, we’ve taken two materials which by themselves are okay but together create a much more powerful combination,” he says.

These super filters differ from the ones commonly used in CCS to separate CO2 from other gases produced during the combustion process. “You could just capture everything and stick it underground,” Sivaniah explains, “but that would mean putting 80% nitrogen beneath the surface, which is pointless. What you want is a technology that can purify carbon dioxide by up to 100%.” 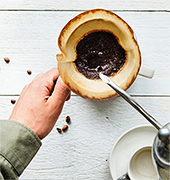 “If you have a coffee filter and you boil the hot water, you have a cup. But let’s say you want to make a cup for ten people. Now you have a choice. You can either get ten filters that all work at the same speed. This will increase your cost by ten. Or you can get one filter which is ten times faster and makes ten cups of coffee in the same amount of time. 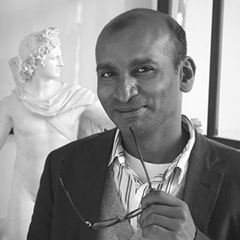 The new membrane Sivaniah and his team have created promises to drastically speed up the CCS process without compromising the filter’s ability to separate materials. “With most filters, the faster something goes through a material the less good it is on separating stuff out,” he explains. “What we’ve got is a fast material that can deal with a lot of gas at the same time, but that is still good enough to separate carbon dioxide from nitrogen.”

Capturing carbon dioxide on the cheap

The key advantage of this, Siavana adds, is cost. “If you can make your filter ten times or a hundred times faster, that means you don’t need a million meters squared. You need one hundred thousand meters squared, for example. This means you can cut the cost down by a factor of ten just by using a faster sheet of material.”

As things stand, expense is a major factor turning people away from CCS, and from several aspects. “In the average-sized power station, which is roughly about 1,000MW, a single stripping unit is going to cost about $2bn,” Siavana says. “If you times that by all the power stations in the world, what you end up with is a number that is something like half of the gross domestic product of the entire world.” 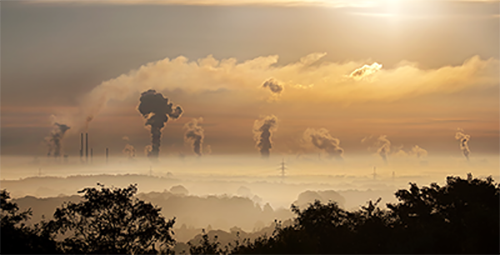 This money, Sivaniah continues, is being used to glean a by-product that companies can’t even sell. “You are talking about absorbing or cleaning up a material that nobody actually wants,” he says. “It’s not like you are cleaning the water of gold particles which you can sell on somewhere. There is a cost involved but you don’t get a direct payback as a company.

Overcoming the ‘Valley of Death’

Put together, these challenges have led many CCS projects into the dreaded ‘Valley of Death’ over the past two to three decades. “There was a recent article in Nature Energy which looked at the history of CCS,” says Sivaniah. 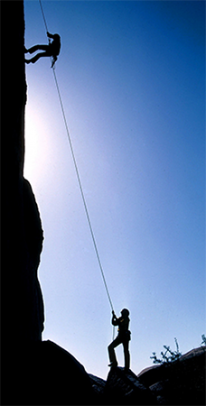 “The conclusion was that there was a lot of enthusiasm for this stuff. People built their pilot facilities and spent a lot of money. But it never panned out. Everything has got so far but never be implemented to the next level.”

Past failures carrying hefty price tags are creating scepticism over CCS technologies and while Sivaniah is confident that his team has an answer to affordable CCS, he accepts that this will mean fighting the growing caution. “You have an experience factor where people say ‘we’ve done this, and it didn’t work and we’re not prepared to try it again with a different technology’. People’s fingers have been burnt on this.”

Still, while the market may be hesitant, for now, Sivaniah will not be deterred, and as the research team prepares to test this new matrix membrane in the real world, he makes a final clear assertion: “I’m going to set up my own company and make sure it happens.”

This article was originally posted on POWER-TECHNOLOGY 13th August 2017.
Back to Index
Page Top