How to reduce the amount of CO2 in the atmosphere, the primary cause of global warming, is one of the biggest issues we have to deal with in the 21st century.

In fact, the transportation section including cars accounts for more than 20% of net CO2 emittance in the world. In that context, so much effort has been made into electric, fuel cell vehicles and so on these days, but most of the cars in the world would be still equipped with engines by 2050 according to IEA. Hence, the energy efficiency of engines must be improved (Fig. 1). 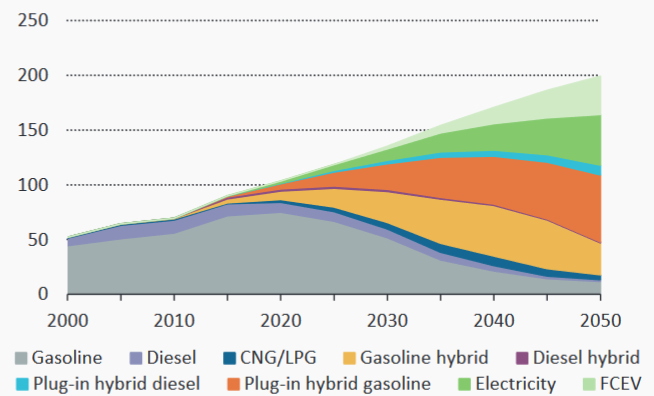 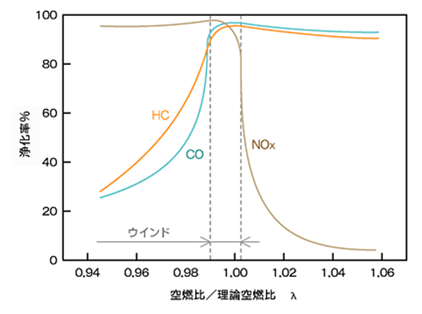 We have been trying to refine the air into nitrogen enriched form by using gas separation membranes so that we can achieve lean burn technology to improve the efficiency, complying with the new regulation under the good collaboration with one of the best car companies (Fig. 3).

Commercially available membranes such as polyimides or polysulfones have a common problem, namely, slow permeance of gases. Such membranes are not feasible in this project whose aim is to deal with large amount of air to provide car engines with the refined gas. Thus, we require a membrane with: 1. Fast permeance of gases, 2. High selectivity in oxygen/nitrogen separation and 3. Thin film configuration in order to achieve our goal.

Our material, TOX-PIM-1, matches the first two conditions, so we are now working on making thinner membranes and scaling them up in order to put them in practical industrial use.

Application of O2/N2 separation membrane to cars’ engines and other vehicles’ is not only limited to the lean burn technology. The selectively separated and stored oxygen enriched air could also be used to boost engines when they need higher output like accelerating or driving on steep slopes. Feeding the enriched oxygen into engines would temporally make it possible to burn more fuel. Combining this concept with lean burn technology, we are expecting to improve the efficiency significantly (Fig. 4).