Fouling is the adhesion of contaminants to a surface, typically while under water. Fouling is almost always detrimental and can reduce the efficiency of a surface.

Fouling occurs under a variety of circumstances. For example, the growth of barnacles on the bottom of a ship, the buildup of contaminants on a filter, the buildup of cholesterol in arteries, are all examples of fouling.

Foulants are basically classified into 3 type, colloids/particles, crystals and biomaterials. The foulant has size variation form colloid with diameter on the order of nanometer to barnacle of order of mm.

Foulants can adhere onto a surface mechanically by forming a cake or gel, they can also be anchored to the surface through chemical bonds. The cake/gel can be removed by physical washing. Contaminants that are chemically bonded to the surface typically need additional chemical agents, though these risk damaging the surface.

Demand for anti-fouling and its economic effects 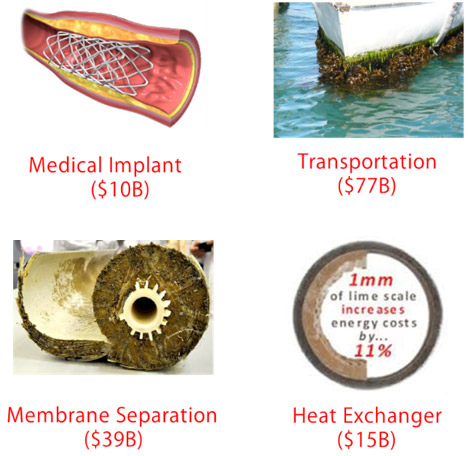 Hydrophilization (increasing the attachment of water to a surface) can prevent adhesion of many foulants, which are typically hydrophobic/oleaginous (don’t like water, like oily or organic surfaces instead).

Special paints can reduce fouling. Tributyltin (TBT) has been used in biocidal antifouling paint on the hulls of ships. However, TBT is highly toxic and is prohibited globally now. Environmentally friendly methods are necessary now for novel anti-fouling technology. 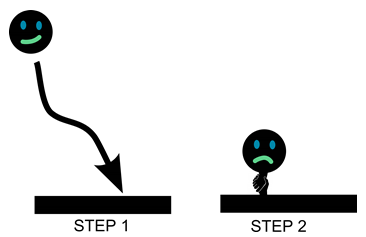