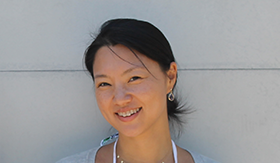 Executive Director and Co-founder of

Since leaving PricewaterhouseCoopers, where she was a management consultant, Aska’s career and studies have revolved around the area of climate change and disaster relief in the Asia Pacific.  She managed disaster relief efforts after the 2009 Samoa Earthquake and 2011 Japan earthquake and Tsunami whilst pursuing her master degree from the University of Hawaii with a focus on climate change in the Paci ic Islands. She served as the Vice President of a climate change NGO, Tuvalu Overview, while working with MIT’s Center for Collective Intelligence and running its crowdsourcing initiative, Climate CoLab. Aska is a certified fundraiser, and has BAs in International Relations and Economic from Boston University. She also holds a certificate in Marketing Strategy from Cornell University. 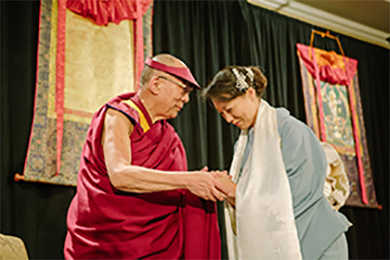 Top-down approaches is not enough

The Impact Hero programe is one of the three pillars of Earth Company’s activities. Earth Company selects one Impact Hero a year -an exceptional change-maker who has the potential to shape the future of developing countries in the Asia Pacific, and support them through fundraising, opportunity building, and nonprofit management coaching tailored to their specific needs over a period of three years. This one-of-a-kind programe is attracting international attention. 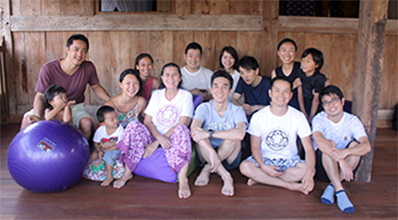 ‘I have met a number of exceptional individuals through my work.’ Aska said.
‘They are agents of hope in their communities. I see those projects as their mission and they have such a potential to shape the future of their communities.’

‘However, lack of sufficient access to opportunity and resources often hinders the valuable work they do.’

Aska continues, ‘Those who could have a major impact on the world through their work often don’t have the expertise or resource to develop their ideas. Their background or financial situation doesn’t always allow them to materialize these ideas.’

‘In the highly complex contexts of the developing world, it is impossible to solve social and environmental challenges through government policies and action alone. While interventions by foreign aid and international organization can be effective in some contexts, local challenges are best tackled by local change‐makers.

This is the only sustainable way of solving problems in the long term. After all, the future of the developing countries, or any country for that matter,should be shaped by their own people.’

‘This is why Earth Company is passionate about supporting Impact Heroes who will lead their communities to a more just, equitable, and sustainable future.’

Stay tuned for more information and updates not only about the Impact Heroes, but also other activities of Earth Company at   https://www.earthcompany.info