The second best time is now.

There is a saying, ‘The best time to plant a tree was twenty years ago.  The second best time, is now’.

Have you heard of the term ‘Climate refugee’? Its already happening, when people and animals can no longer live where they have for centuries because of lack of water, or rising sea levels, or when temperatures make it impossible to go out in the day. The world is presently emitting about forty billion tones of man-made carbon dioxide per year. Unchecked, it will be producing sixty billion tones with it, irreversible climate change, that has disastrous effects on global political stability.  In such a world, the term ‘climate refugee’ may become the norm, and there will be fewer and fewer places left for an increased global population to squeeze into.

It is highly related to the way we consume energy, and more specifically energy from fossil fuels. There are three things we can do about it.

The first option sounds like we all need to turn lights off more.  However, it also means that power companies should convert fossil fuels more efficiently into electricity.

Another factor is energy storage. Solar panels convert sunlight into electricity. However they don’t store that electricity. We need batteries to do that. However current battery technology simply don’t store enough energy in a small enough space. Fossil fuels like coal or gasoline hold more than 20 times more energy, within the same volume.

Whilst it might seem, from all the news that surrounds climate change,  that coal is on the wane, that its more expensive than natural gas, and that natural gas is in ascendancy, or that a new form of energy will come to save the day, actually coal fired power stations dominate electricity generation, especially in developing countries.  Moreover, there is as much as 3 times coal reserves left to burn in the world than natural gas reserves.

So facing some reality and a ticking clock,  dirty stinky coal power stations will be with us for the foreseeable future, and with it a racking up of CO2 emissions, unless we take option 3 seriously. Currently it’s too expensive to clean up CO2 emissions, so no industry is willing to do so, despite have to pay government penalties (also known as the Carbon Tax) for their high emissions level.  The main problem here is that many governments, especially those with a large chemical industry base, are also unwilling to tax industry at too high a rate, because it affects the national business interest.  Another reason is that it is a tax.  People don’t trust taxes, and believe that the government will cheat them and use the money for other things instead of cleaning the environment.  So governments have less power to introduce such taxes.  Some academics from Oxford University described this recently (‘Why is Carbon Pricing more successful in some countries than others?‘).

For example the carbon tax in some parts of Japan is less than $5/tonne of CO2 emitted.  In California and some states in Canada, its about $20/tonne CO2.  However in countries like Sweden, Norway, Finland and Switzerland, the carbon tax exceeds $40/tonne of CO2.  Its actually about $140/tonne CO2 in Sweden, which has seen a 25% drop in carbon emissions since the tax was introduced 30 years ago.

There are multiple technologies that are capable of removing the carbon dioxide, either at the principle emission sources such as power stations, steel and cement factories, or through direct capture from the atmosphere. The problem is that, at between $40-600/tonne CO2, they are too costly, and industry would rather just pay the government enforced carbon tax penalty.  Current commercial membrane technology is one such established technology, and though it can separate and concentrate CO2 from flue gas, it is just too energy intensive to do so.

Pureosity, here at Kyoto University is taking cutting edge technology, from the laboratory to the pilot scale.  These technologies revolve around cheap abundant materials such as plastics, or high performance materials such as graphene.  By judicious combination of these materials, Pureosity is able to enhance the attractive interactions of gases it wants to pass through.  Thus they are able to generate membranes that are highly selective for carbon dioxide, allowing it to be separated from Hydrogen, or from Nitrogen.  Generating pure hydrogen is the basis for fuel cell electric vehicles, and separation from Nitrogen is the basis for catching CO2 being emitted from power stations. Most importantly the materials used to make the ultrafast permeation, high selectivity, low energy demand membranes are all chosen based on scalability and cost. 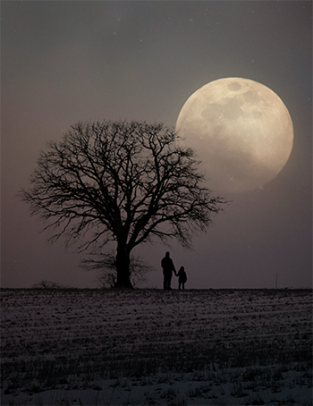 Pureosity, is gaining more attention in the academic world, and also within the Japanese govt. For example, Pureosity is leading a 10 year project to develop pilot scale carbon capture facilities, with a target carbon dioxide capture cost of $ 13USD, and doing so, they are decimating the commercial cost of Carbon Capture.

We must work harder and faster to reach our objective.  If we look at the road ahead as being 10,000 steps to complete CCS deployment in the world, cleaning up every power station (about 10,000 of them), actually CCS capacity in the world, has , conservatively speaking, only taken 1 or 2 steps forward in the last 50 years.  Optimistically speaking, no more than 10 steps.  With such a long path ahead, it must seem so daunting and impossible, but with technologies developed by Pureosity, its now possible to start running instead of walking towards this goal.

Oh and by the way, planting trees helps too… just not as quickly as is needed.