What is a NCD or Non-Communicable disease? 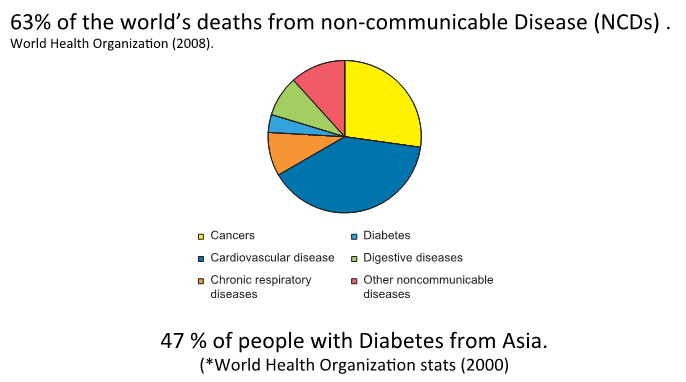 Chronic Respiratory Diseases basically mean failure of the lung. So in such cases the lungs need to be replaced or people require artificial lungs.

High Blood Pressure and Diabetes is one of the primary causes of kidney failure leading to the use of artificial kidneys which use high performance membranes.

Every 30 minutes, your kidneys filter all the blood in your body, removing waste and excess fluid.

SO. What how can membranes help these health problems?

What is a membrane?

In simplistic language
It is simply a surface with holes.
It separates, small and large things.
It can separate bacteria from drinking water.

It can also act as a way to exchange of gases in the blood.
It can separate urea from blood for diabetic patients. 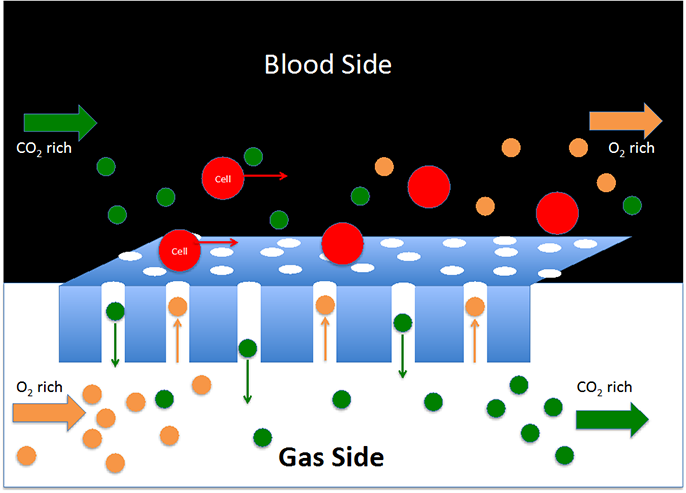 All the cells in our body are at work, and they receive energy and chemicals to work with. So they also make waste chemicals, such as carbon dioxide. That is funny to think that whilst we always blame the power stations for producing so much carbon dioxide, mammals are also quite responsible within for generating a lot of carbon dioxide and other waste gases. But that’s the Fart story (Onara story!)

Membranes play an important role in biology in serving as a gateway that permits the removal waste products and the entry of useful chemicals which energise us. This happens at the subcellular cellular level, in every cell in our body. Sometimes it happens at a larger scale, where specific organs in our body have a major role in separation. There are several classic places where this happens, the lungs and the kidney, liver, skin.

As we breath in, we take in air, mainly oxygen and nitrogen, into our lungs. The oxygen is transferred by highly efficient membranes, called Alvaeoli, into the blood stream, where it is taken up within blood cells, for further transportation within the entire body. At the same time, these blood cells give up carbon dioxide, the waste gas, which is a by-product of the various biochemical processes that used the original oxygen. 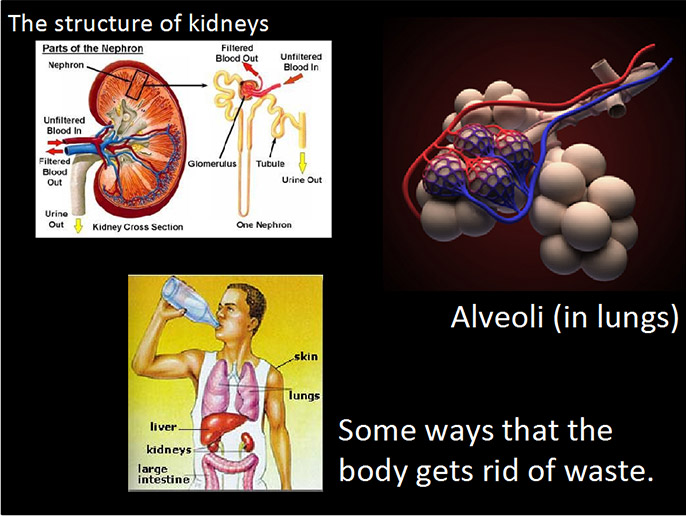 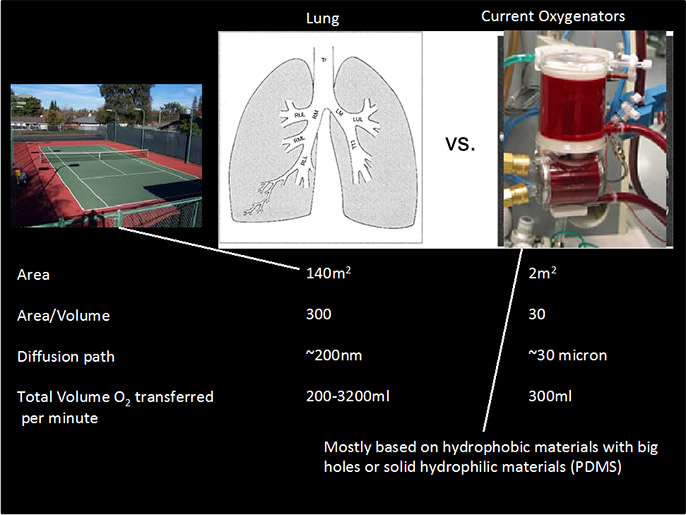 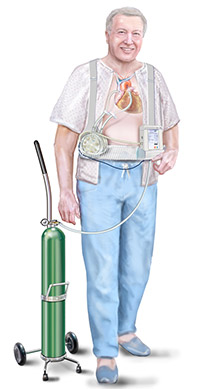 Did you know that the total area of the lungs is almost the same as a tennis court.

Its remarkable that this area is also captured in the small volume of the human chest area.

Normal synthetic membranes modules have much lower area to volume ratio. This means that you need to carry a really large membrane module around with you if you want to have a portable artificial lung.

So the aim for membrane scientists is to make membranes that can let gases like CO2 and O2 pass much faster to and from blood. Then the membrane modules can be smaller.

In fact the same kind of argument can be made for kidney dialysis membranes, where, if you can make the membranes small enough, they can be portable artificial kidneys, instead of having to go to the hospital everyweek to clean your blood of the waste products that the kidneys and livers normally deal with.